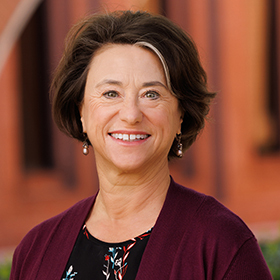 Her recent research focuses on understanding the cognitive and motivational processes that lead to successful learning in science. Specifically, Sinatra focuses on the role of motivation and emotion in teaching and learning about controversial topics, such as biological evolution and climate change. Sinatra developed a model of conceptual change learning, which describes how motivational factors contribute to the likelihood that individuals will change their thinking about a scientific topic. Her co-authored book, Science Denial: Why It Happens and What to Do About It, was published in 2021 by Oxford University Press.

Sinatra received her B.S., M.S. and Ph.D. in Psychology from the University of Massachusetts, Amherst. Sinatra is the past Editor of the American Psychological Association (APA) Division 15 journal, Educational Psychologist. She served as Vice President of the American Educational Research Association (AERA) Division C, Learning and Instruction and President of APA's Division 15, Educational Psychology. She is a Fellow of both APA and AERA and a Member of the National Academy of Education.

2022     Elected Member of the National Academy of Education.

2021     Recipient of the USC Rossier School of Education Excellence in Research Award.

2017     Named a Finalist for the Frank Prize in Research in Public Interest Communications.

2008 Named Member, International Advisory Board of the Centre for Learning Research, University of Turku, Finland.

2007 Named a Fellow of Division 15, Educational Psychology, of the American Psychological

2014     Fund for the Improvement of Post-Secondary Education First in the World Program, Key Personnel, Improving Access to College through Games, Technology, and Social Media. Awarded: $3,200,000.